Single frequency. The Acme 211.5 Dog Whistle is recommended for both use in Town and the Countryside.

This is the correct frequency for use with Guide Dogs.

The Acme 211.5 Dog Whistle is available in a choice of 16 different colours!

A usefulness that saw ACME Whistles on duty in two world wars. That never stopped making strong blows for law and order, that conducted trams, saved lives and called in reluctant children from the playground. 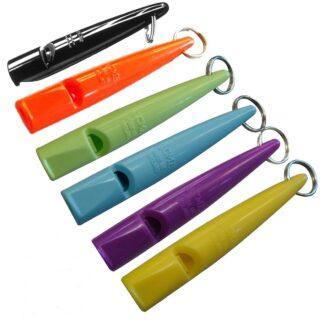 You're viewing: Acme 211.5 Dog Whistle £7.00
Rated 5.00 out of 5
Select options
We use cookies on our website to give you the most relevant experience by remembering your preferences and repeat visits. By clicking “Accept All”, you consent to the use of ALL the cookies. However, you may visit "Cookie Settings" to provide a controlled consent.
Cookie SettingsAccept All
Manage consent